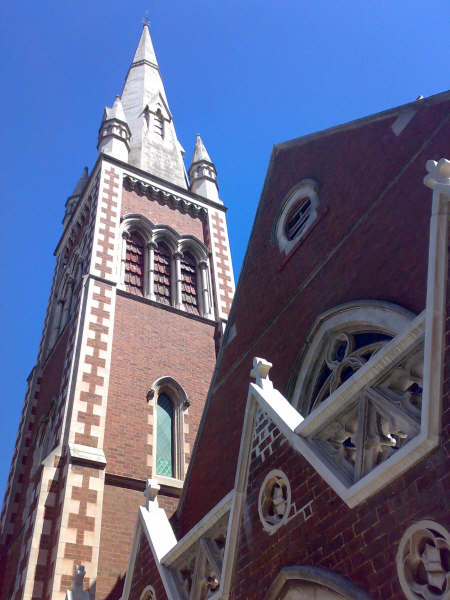 Melbourne Chinese Baptist Church was established on the 6 April 1980, and has been a member church of the Baptist Union of Victoria. Our church was initially ran by a mere number of about twenty brothers and sisters in Christ who came from Hong Kong. All gatherings took place in a small hall rented out by the Baptist Theological Seminary. Preaching was carried out in Cantonese with English translation. Church gatherings subsequently moved to a small hall in Y.W.C.A and St. Alban's Church.

In 1986, the church signed a lease to the East Kew Baptist Church under the arrangement of the Baptist Union of Victoria. Meanwhile, the brothers and sisters who have decided to stay in the northern suburbs have set up an evangelistic group, which later became the Central Chinese Baptist church. In 1988, East Kew Baptist church merged with our church due to the decrease in the number of attendees, and the church continues to aim to spread the gospel to the Chinese people in Melbourne. The church also set up an evangelistic group in Knox in the 90's, which became the Eastern Chinese Baptist Church in 1998. The church moved to its current premises in April 2005.

Over the years, all members of our church unified and endeavoured to serve God by equipping believers for ministries, helping their spiritual growth as well as leading non-believers to Jesus Christ by providing a variety of church activities. The church currently has services in English, Cantonese and Mandarin, and a variety of different groups for youths, adults, the elderly, etc. There is also Sunday School, prayer and bible study groups. We have also run a Chinese language school since 1988.